Near Demise of the Monarch Butterfly 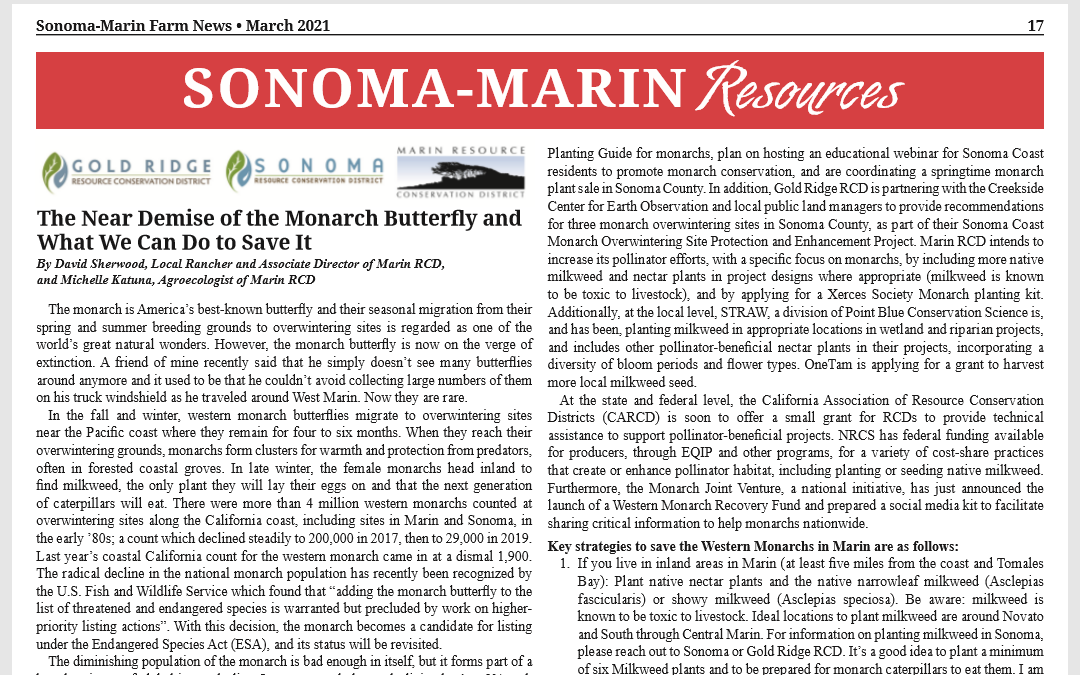 Marin, Sonoma, and Gold Ridge RCDs have all been working on efforts to support monarchs and pollinators. There were more than 4 million western monarchs counted at overwintering sites along the California coast, including sites in Marin and Sonoma, in the early ’80s; a count which declined steadily to 200,000 in 2017, then to 29,000 in 2019. Last year’s coastal California count for the western monarch came in at a dismal 1,900. The radical decline in the national monarch population has recently been recognized by the U.S. Fish and Wildlife Service which found that “adding the monarch butterfly to the list of threatened and endangered species is warranted but precluded by work on higher priority listing actions”. With this decision, the monarch becomes a candidate for listing under the Endangered Species Act (ESA), and its status will be revisited.  Read about ongoing RCD efforts and what you can do to help Monarch populations in the article here.

This story was also featured here in our April eNewsletter sonomarcd.org/resources/newsletter/

This article from the March 2021 Sonoma-Marin Farm News / Article by Dave Sherwood and Michelle Katuna.