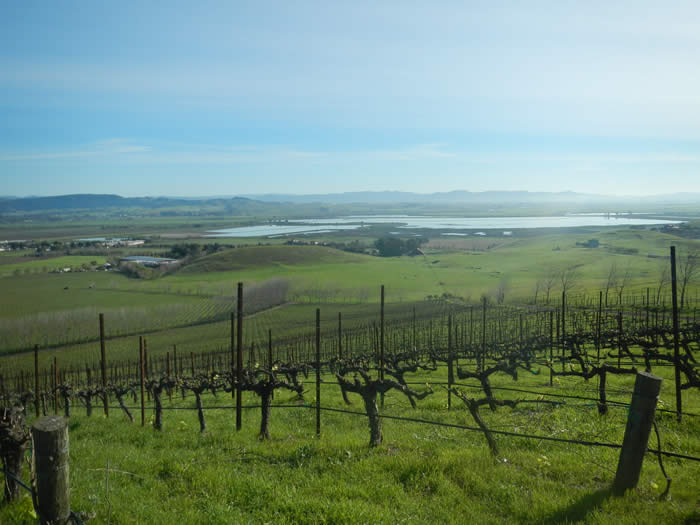 The Sonoma Creek watershed is located in southern Sonoma County and covers approximately 170 square miles and flows 31 miles from its headwaters in Sugarloaf Ridge State Park to the mouth in the agricultural bay land areas north of San Pablo Bay. It is bounded on the east by the Mayacamas Mountains, on the west by the Sonoma Mountains and on the north by a slight rise north of Kenwood that separates it from the Laguna de Santa Rosa watershed. The watershed has a Mediterranean climate resulting in cool to warm, dry summers and cool moist winters. The mean annual precipitation is 30 inches while the average length of the growing season is 214 days (Sonoma Valley SCD, 1965).

The watershed includes the City of Sonoma and the unincorporated towns (from north to south) of Kenwood, Glen Ellen, Boyes Hot Springs and Schellville. State land holdings include three state parks and the Sonoma Developmental Center. Existing Land Use Designations within Sonoma Valley include 50,622 acres of Agriculture, (56.1%); 12,185 acres (13.5%) of Residential uses, 537 acres ( 0.6%) of Commercial uses , 359 (0.4%) of Industrial uses, 6,420 acres (7.1%) of public and quasi public uses, and 1479 acres (1.6%) of developed city land. Agricultural land uses are mainly vineyards, hay fields, and dairies.

The Sonoma Creek Watershed contains a great diversity of vegetation types .The watershed has diverse range of habitats from redwood/fir forests in the headwaters to chaparral, oak woodland and bay areas. Of the over 6,000 plant species in California, it is estimated that 20% occur in Sonoma Valley, in about 1% of the state’s area (Dale, 2009). As of 2005, about 60% of the watershed was covered by natural or near-natural vegetation. Approximately 26% of the watershed was vegetated by closed forest or woodland, 14% by grassland, 7% by chaparral, 10% by seasonal wetland, and 1% by riparian forest. The Sonoma Creek Watershed is also home to several special status species, meaning that the species are classified, under federal or state regulations, as being rare, threatened or endangered. Special status species in the Sonoma Creek watershed include Sonoma sunshine, Kenwood checkerbloom and Sonoma ceanothus.

The largest animals that regularly occur in Sonoma Valley are mountain lions and white-tailed deer. Other large species that inhabit the Sonoma Valley include beaver, black bear, gray fox, bobcat, coyote, chinook salmon, steelhead/rainbow trout, Pacific giant salamander, bald eagle, golden eagle, northern spotted owl, and pileated woodpecker. Sonoma Valley has unusual biodiversity in a small area, an estimated 20% of California’s biodiversity in 1/10th of the area of Sonoma County, which in turn is about 10% of California’s land area (Dale, 2009). Another example of the watershed’s diversity is that it is estimated to support about 23% of the 1500 bee species found in California, again within about 1% of the state’s area (LeBuhn, 2007). The Sonoma Watershed provides habitat for many species that are listed as threatened, endangered, and species of special concern, including.

For more information about the Sonoma Creek Watershed, please contact Valerie Minton at 707.569.1448 ext 102 or vminton@sonomarcd.org.