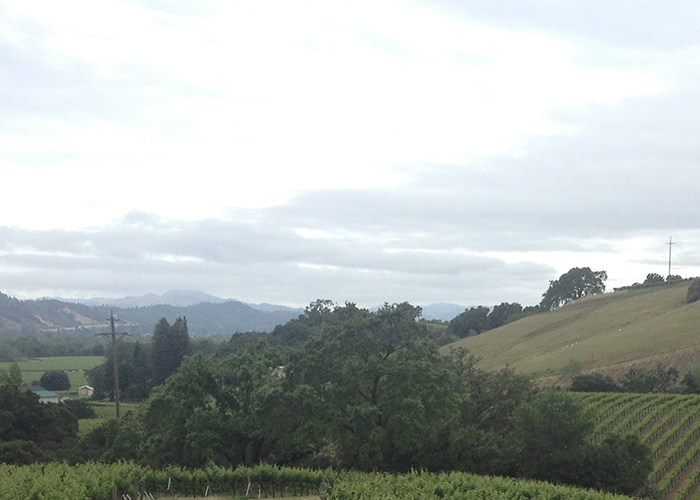 The Alexander Valley watershed drains approximately 122 square miles of land. It includes the mainstem of the Russian River from its confluence with Cummiskey Creek (approximately 1 mile north of the Sonoma/Mendocino county line) at the northern end of the Valley to its confluence with Maacama Creek (due east of the City of Healdsburg) at the Valley’s southern end. A number of tributaries drain the hills and empty into the Russian River, the largest of which include Crocker, Gill, Gird, Miller and Sausal on the east side of the Valley, and Oat Valley, Cloverdale, Icaria, and Lytton creeks on the West side.

Alexander Valley includes the City of Cloverdale and the unincorporated areas of Jimtown, Geyserville and Asti. The watershed is almost 100% privately owned, with major land uses including vineyard, rural residential, urban, recreation, and gravel mining. Historic land uses include farming of hops and prunes, which dominated the Valley’s agriculture in the late 19th and early 20th century.

Vegetation, outside of agriculture, consists mainly of hardwood and herbaceous cover, with small amounts of shrub land and coniferous forest mainly in the northwest portion of the watershed. Riparian areas along the mainstem of the Russian River as it runs through Alexander Valley tend to be sparsely vegetated and dominated by willows, due to the dynamic and gravelly nature of the riparian corridor.

The RCD has worked with many agricultural producers in Alexander Valley to enhance their farming operations and protect soil and water resources. Projects include the development of LandSmart Plans, enhancement of riparian areas, and erosion control.

Links to Partner Programs in the Watershed